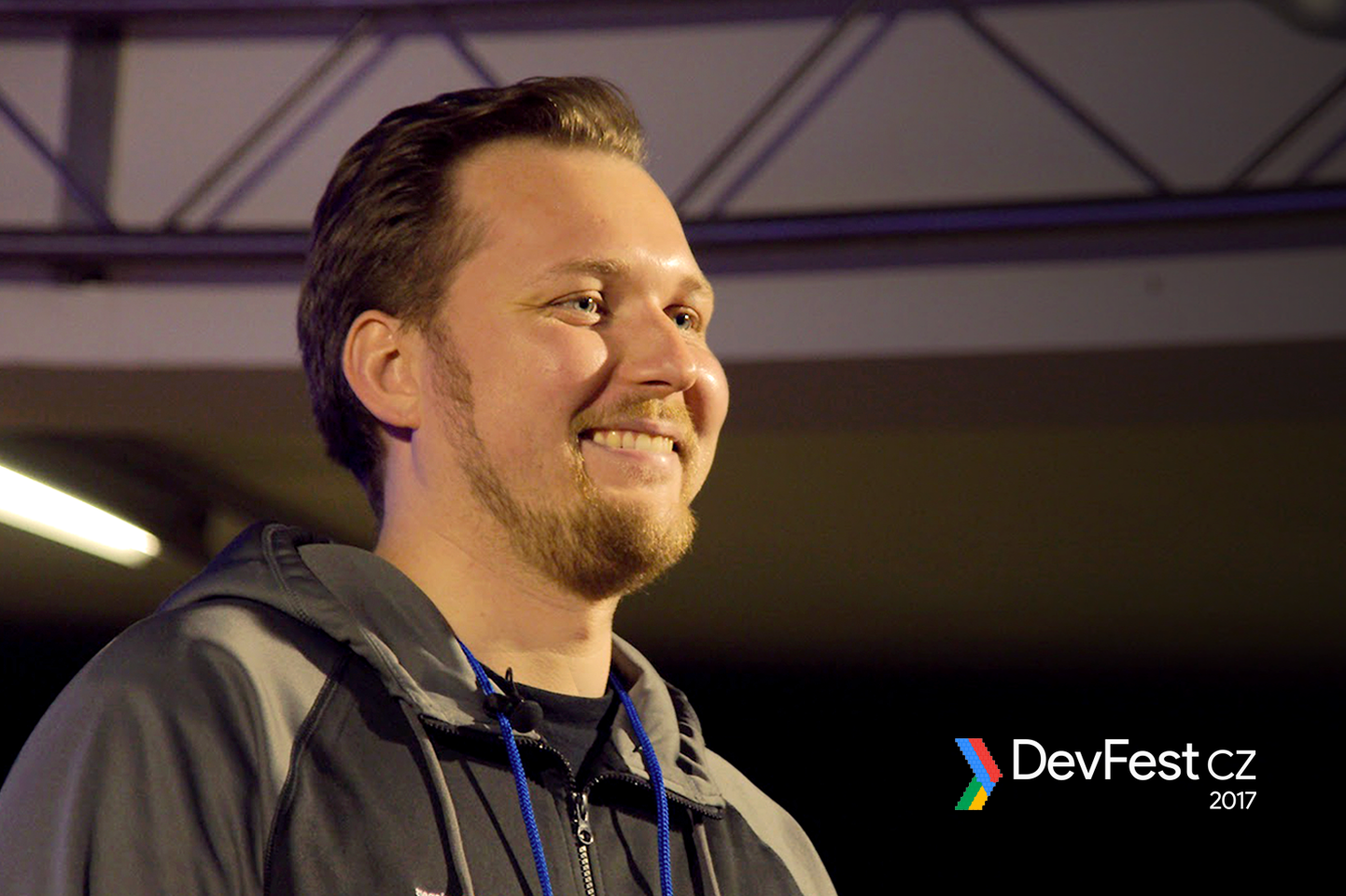 We really enjoyed DevFest as both partners and visitors. But why was the largest (not only) Google tech festival in Central Europe moved back to Prague? What were the main obstacles for organizers and what support did they get directly from Google? To get to the bottom of all of this, we talked with the main organizer, David Vávra.

How do you feel about this year’s DevFest? What was a success and what could use a bit more work for the next event?

I think the numbers speak for themselves, but I’ll just point out a few from our comprehensive article: 500 attendees, 6% foreigners, 12% women, speakers from 13 different countries, 67% of people will implement the knowledge gained at DevFest at work, 63% of people rate this year to be the best ever and 86% of people will come back next year.

We also very carefully analysed our shortcomings and here is a prioritized list of things we will do differently next year. P.S. There will be no line for lunch. 🙂 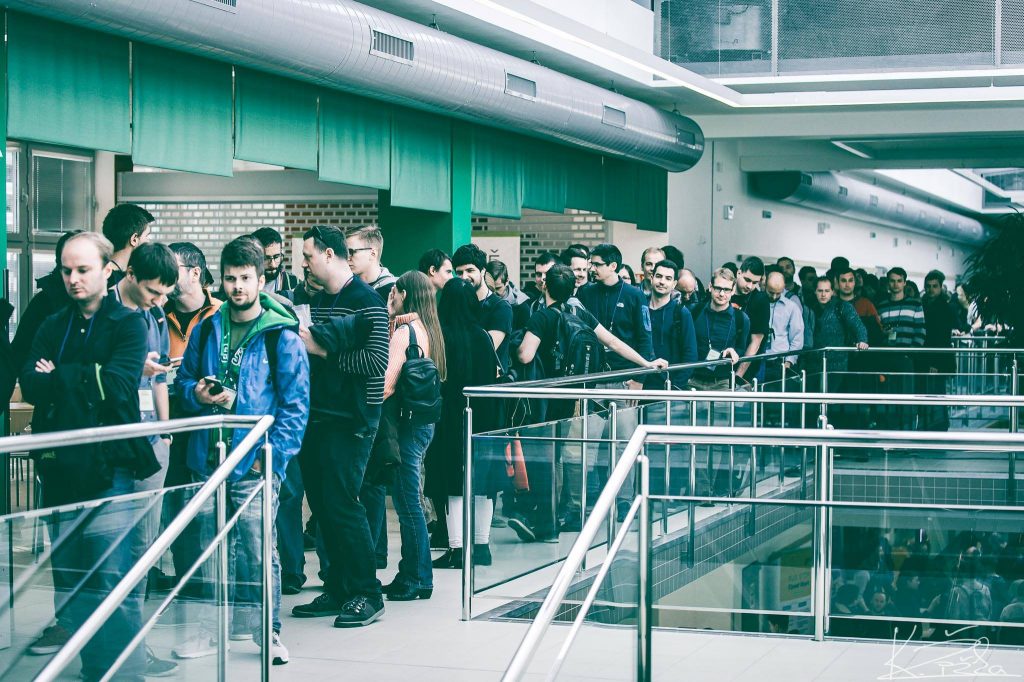 Out of the many foreign guests, who was the one you were looking forward to the most and why?

Our biggest celebrity was Google’s Kasper Lund, designer of the V8 Javascript Engine and Dart. But I personally looked forward to Rebecca Franks, joining us all the way from South Africa, the most. I know her from various GDE events and she really understands Android well. 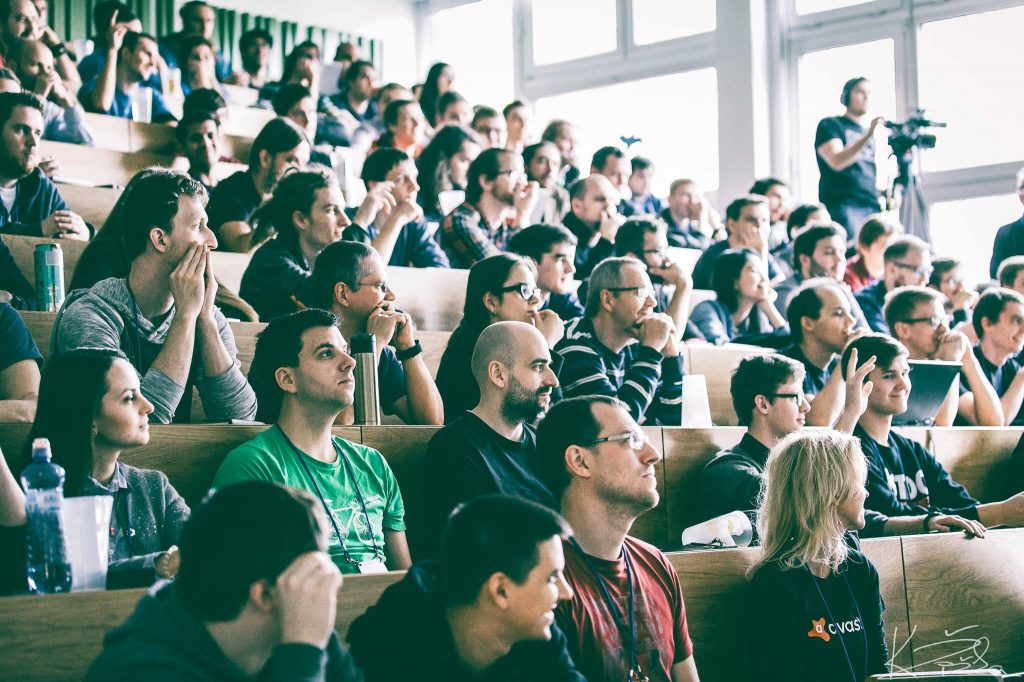 How was the idea for a DevFest game born? And can you also go over its purpose?

Gamification and playfulness are two elements we want to distinguish ourselves with from other conferences. Nowadays, you can find awesome lectures online but you attend a conference mainly for networking . And what better way to get into networking than games? We have used aspects of gamification every year since the first DevFest in 2012. It connects all activities of the accompanying program together and allows for an implementation of a gaming theme, which was “retro games” this year. It was also good to involve our partners, who are happy when we bring motivated participants to their booths. We call this gamification the AllDevFest game, referring to games that lasted throughout the whole duration of summer camps. 🙂 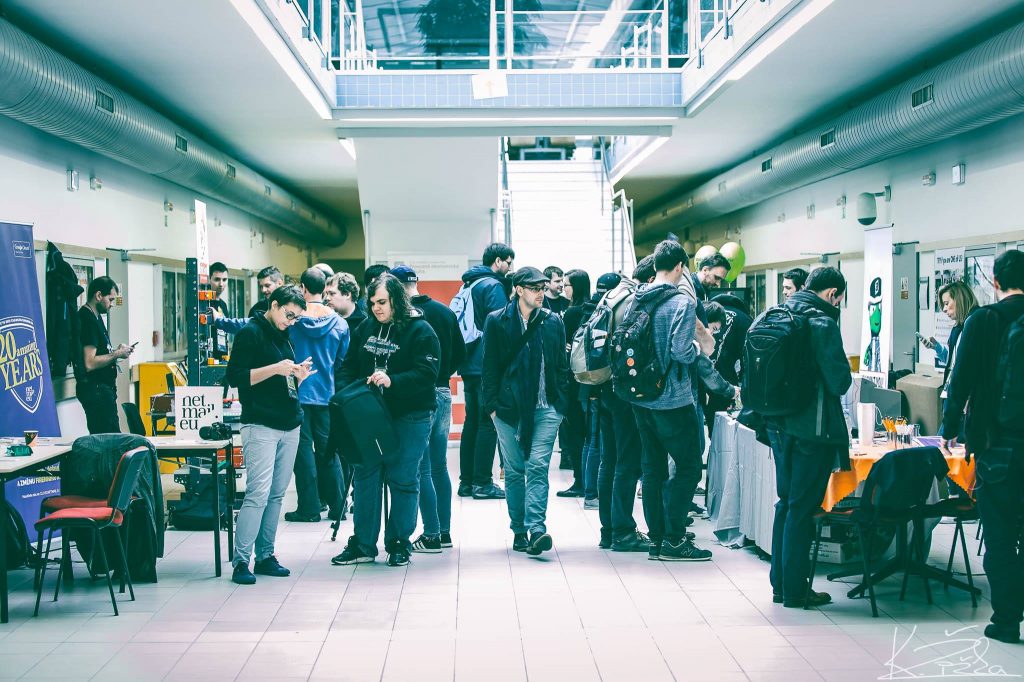 Why was DevFest moved to Prague? And are you planning on staying here?

DevFest was a bit smaller in recent years as it was moved to Ostrava and Plzeň, which is not necessarily a bad thing because the community in smaller cities is more closely connected and can tackle the issues presented in more detail. But after the last DevFest I pondered the initial ones and decided to “make DevFest great again”; to make it again in Prague and in style. GUG.cz is organic; DevFest always takes place in a city where we have the most active organizers. So far it seems that the next DevFest will again happen in Prague, although it is possible that it will take place somewhere else.

How about the event organization? Do you get any support from Google?

DevFest is organized by GUG.cz, which is an NGO. We started organizing DevFest in February with around 30 people. When it comes to support from Google, they were a smaller partner this year. But they paid for the flights of the Google Developer Experts and we could hold our organizational meetings directly at their Czech office. 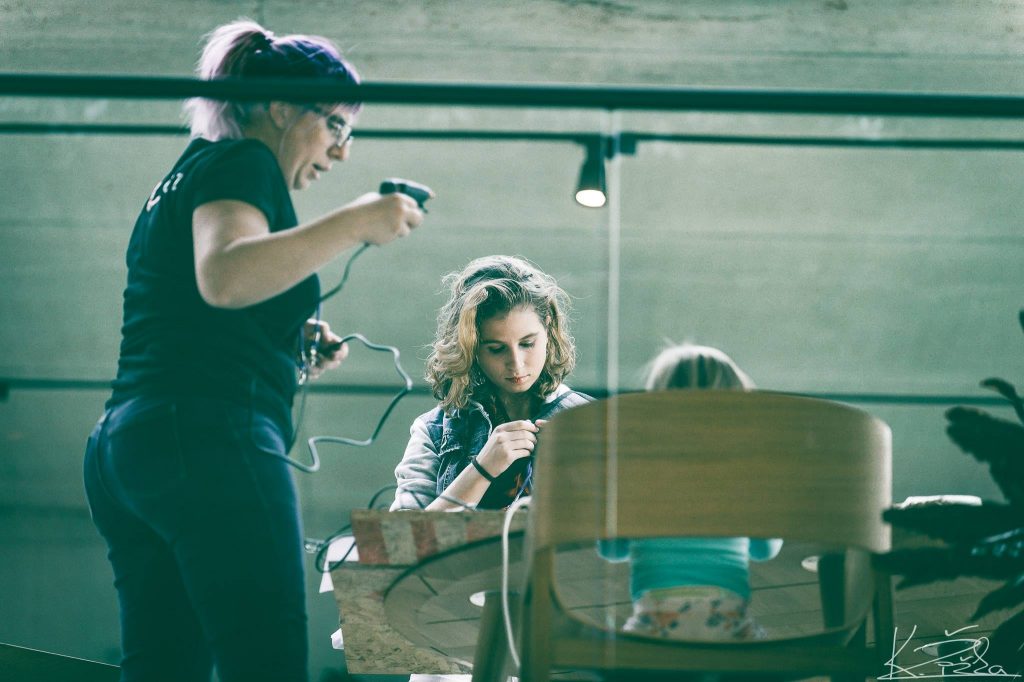 What’s your opinion about eMan and about the app we developed for the festival? How would you evaluate our cooperation?

eMan is one of our favourite partners. You joined half a year prior to the event (a time when the most important thing is to have an idea about the budget) and you offered to help with the conference app. We only needed an app for gamification but you also included the program and a map. Our communication before and during the event was flawless. Simply put, we were on the same wavelength. And on top of that, the app you developed was open-source. It’s a prime example of state of the art technology and a chance for other conferences to save valuable time and resources. 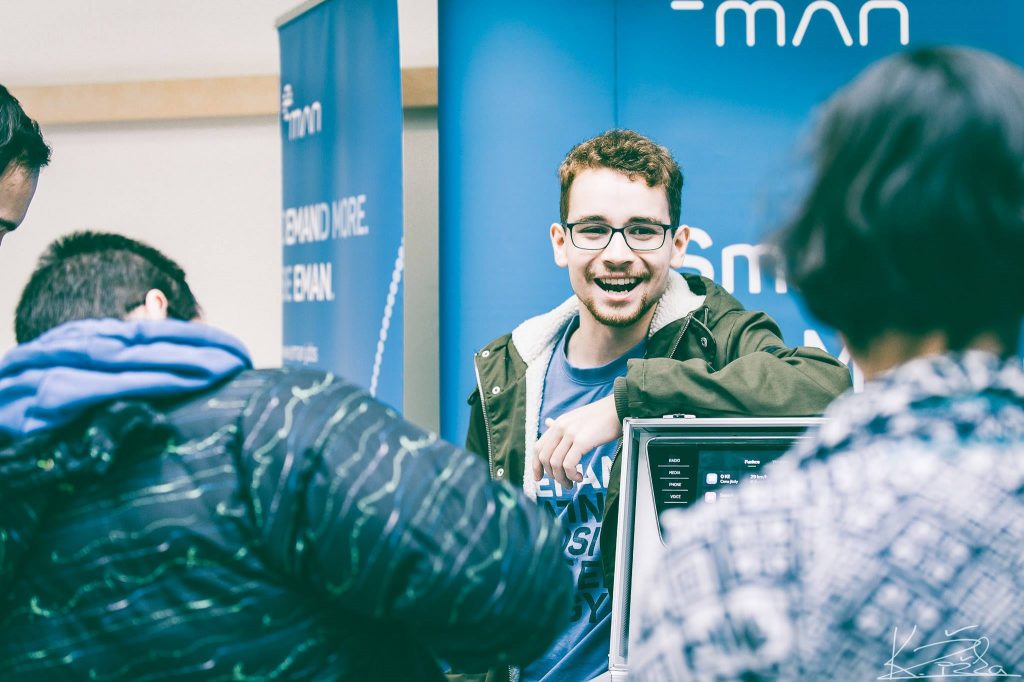 Is there anything you would like to say to all DevFest fans?

Take a look at this amazing recap video and see you next year! 🙂

Thank you very much for your time and rest assured we’ll be there!