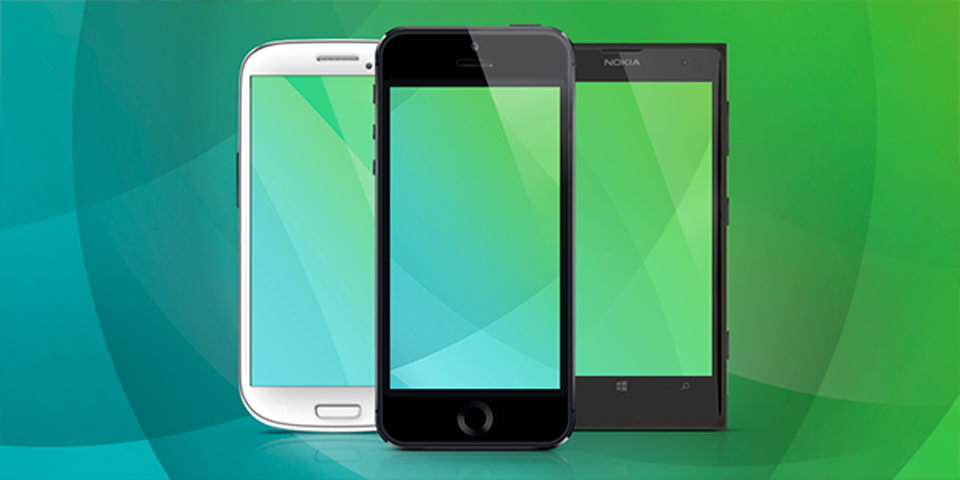 We are at the beginning of the year 2013, it is therefore the ideal time to summarize the trends that will move the world of mobile communications. The industry is characterized by considerable dynamism and news are pouring to us from all sides. In the text below, I have tried to extract from this mass of information the overview of the top 10 most important mobile trends that will influence the mobile world in the upcoming twelve months.

Sales of smartphones are permanently increasing, both worldwide and in the Czech Republic. According to the Gartner agency, sales of smartphones covered 40 % of the total sales in the 3rd quarter of 2012 in the global scale and saw the rise of 47 % year-on-year. Gartner estimates that by the end of 2015, smartphones will comprise 80 % of  all mobile phones on the markets of developed countries.

Czech Vodafone announced in the middle of the last year that 80 % of all mobile phones sold were smartphones, in the case of czech O2, smarthphones comprised three quarters of sold devices.

2. Rising importance of mobile devices for the internet access

In recent years, the number of users using mobile devices for the internet access rose gradually. This trend was accelerated by the arrival of smartphones and tablets. According to Gartner agency, the year 2013 will be crucial for the US and internet access by the mean of mobile phones will outrun the classical use of internet through PCs. India has already marked this break in the May of 2012 (this country skip one whole development stage in the use of information technologies). Globally, the rate of the internet access through mobile phones reaches the high of 13 %. In the Czech Republic, internet access through mobile phones and tablets doubled in 2012, nevertheless it barely reaches the world average. Czechs use mobile devices mainly to access social networks, search engines or news servers. However, the trend is unequivocal and it is only a question of time when mobile devices beat the desktop.

Despite the relative maturity of HTML5 and improving support of this language from mobile browsers, current possibilities of mobile web cannot compete with native applications. Substantial differences can be seen in speed, user experience and in the possibility of the use of hardware of mobile devices. For that reason Facebook introduced in the middle of 2012 a new version of its mobile application which is not based on HTML5.

In 2013, we can expect another significant growth in the number of mobile apps. Mobile web is able to find its proper place in selected branches (e.g. media) exposed to economic pressure, although their applications do not require neither top-class performance nor special features.

4. Mobile applications as a part of company´s IT

Within the initial boom we have witnessed in the Czech Republic particularly in 2011, clients were ordering mobile applications as a simple tools, characterized by the features as news review, products and services catalogue or a list of affiliates with the possibility to be displayed on the map. Another important type of applications were special projects developed as a support for one-shot marketing campaigns.

Nevertheless, the situation is beginning to change. Clients are now more and more focused on sofisticated tools, such as m-commerce or mobile banking. Firms begun to make first steps in the implementation of the mobile applications in the frame of company´s processes, especially in the form of special tools for management or business promotion. We can expect that business applications will experience a big boom in 2013. Increasingly, we will for example meet with the fact that an employee of an energy distributor will be writing down a contract in our house using tablet and special applications. Paper folders with a bunch of tables and templates will slowly become a history.

Current mobile world is dominated by Android (market share of 72 % in the 3rd Q of 2012 according to Gartner) and iOS (14 %) operating systems. Other players like BlackBerry, Bada, Symbian or Windows Phone holds a market share of 5 % or lower. Particularly the Finnish producer Nokia is trying to reverse the situation by betting on a single card in the form of Windows Phone from Microsoft. Customers nevertheless have not developed the taste for new Lumias yet. Canadian Research in Motion (RIM) is also trying to reverse its decline lasting already several years. Medicine should be a new version of its BlackBerry OS with a serial number 10.

Market can be also stirred up by the newly introduced operating systems: Firefox OS by Mozilla, intended to be implemented in the cheapest smartphones, Tizen, backed up mainly by Samsung and Intel. List is supplemented by the Finnish project Jolla, based on the core of the linux system MeeGo, originally developed by Nokia or the OS Ubuntu for Phones, introduced at the beginning of 2013.

There are lot of players on the market of mobile operating systems, achieve a real success is therefore very difficult. However, competition usually brings a new impulse and innovations. Anyhow, it will be very interesting to observe the future course of the market. 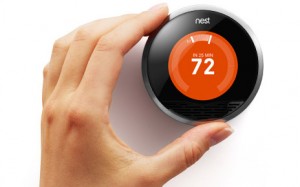 Behind the somewhat mysterious-sounding word Internet of Things (IoT) is hiding an interesting trend that can soon affect our lives. The world is slowly becoming a cobweb, not connecting only PCs, mobile phones or tablets, but many other devices, household appliances, means of transport or even medical devices. All these devices are able to mutually communicate, they are equipped with cameras, sensors and detectors. Therefore, we can for example turn on a heating in our appartment or check our heart rate and other figures while exercising by the use of the application in our smartphone. Last year, intelligent thermostat Nest gained a lot of publicity. Possibilities know no boundaries. This year will bring a lot of news in this field.

7. Mobile data stored in the cloud

Faster and faster mobile data transmission (in the Czech Republic, the situation in this respect is not exactly rosy, but hopefully we will see one in the future) allows using of cloud services for storing and backup of data from mobile devices. In the mass scale, this trend was started by Apple, when the company presented iCloud as a part of iOS 5 in the middle of the year 2011, which allowed users to backup their contacts, e-mails, downloaded apps, photos and other data on the servers of Apple. Apart from this, of course, there are many other services offering similar functionalities, one of them being Dropbox, one of the well known and most significant players in the field, intensively cooperating with Samsung. Newest mobile phones, PCs and cameras bearing the brand of Samsung, directly support automatic backup of the data on Dropbox. This trend also starts to touch the corporate environment. Even firms, albeit with delay and initial distrust, reveal advantages of the mobile cloud. –

The notion that e-shop purchase means sit at the desk and turn on the computer is slowly becoming history. Consumers want to shop anywhere and anytime, for example in the tram while traveling home from work. And we also like comfort, e.g. in the form of looking through the offer of our favourite shop on our tablet when lounging in bed. Mobile phones are suggesting themselves for spontaneous purchases (e.g. cinema or tram tickets), reservations making, paying parking fee or using discount coupons. The fact that mobile shopping can be easy, fast and comfortable is well-known to all smartphone users, who bought a mobile app or made a music album on the App Store or Google Play. Potential of mobile shopping is immense and will be discovered by other significant players on the mobile technologies market in 2013. 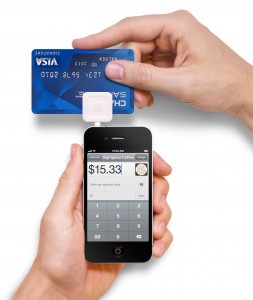 The absence of a simple, reliable and most importantly safe payment instrument was a main obstacle impeding bigger expansion of shopping through mobile devices. Many years ago, we begun to meet with the possibility to pay by the mean of Premium SMS, but this tool is completely unsuitable and disadvantageous while paying for various kinds of goods and services. The only usable payment option in fact was the use of a payment card, requiring to fill in repeatedly a lot of figures during each transaction or a lot more comfortable paying through PayPal.

Nevertheless, in the course of recent months, the sphere of mobile payments has been coming alive. Think of american Square, which allows merchants with mobile or tablet to receive payments by payment cards everywhere, even in the marketplace. Similar solution was presented afterwards by PayPal under the name PayPal Here.

The world has been inserting many expectations to the contactless payments using the NFC technology. The take-off is however slower than orignally expected. The situation could be reversed by the fact that many producers have already been equipping their devices by the NFC chip (the exception being iPhone for the reason that Apple has not put a lot trust in the NFC technology so far).

Czech Republic carried out an interesting pilot project in 2011, testing the NFC payments in practice. The project was backed up by O2, Globus, Komerční banka or Visa Europe. The payment system Mobito was launched in autumn 2012, supported by all three Czech operators and four banks. The whole project looks promising and this year will show how it will be doing.

Among another interesting feats we can range the QR payments, launched in the Czech Republic few months ago in relation with the launch of mobile app Raiffeisenbank. QR payments have the ambition to become a standard tool for simple payments transaction using QR codes scanning. QR payment has been already supported by few e-shops. Some of the big players from the industry of telecommunications or  energy suppliers promised that they will be placing the QR codes with payment information on their invoices. 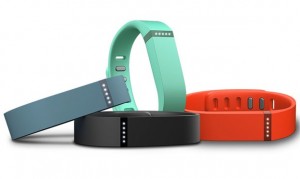 Producers of mobile devices are competing in presenting innovations and competition is really fierce.

This year, we can expect further enlarging of mobile phones displays. Probably the most successful last year´s smartphone Samsung Galaxy S III showed the flexibility of consumers to get used to the 4,8 inches big display and their unwillingness to return to a smaller one.  Commercial success of a “tablet-mobile” Samsung Galaxy Note II moved the imaginary bar even higher (5,5 inches). But in this case, we are propably not dealing with a device which matches every hand. Nevertheless, the technical news presented at the trade fair in Las Vegas confirmed the fact that further display enlarging is continuing, Huawei Ascend D2 or Sony Xperia Z being the illustrative examples, both having the five-inch full HD display.