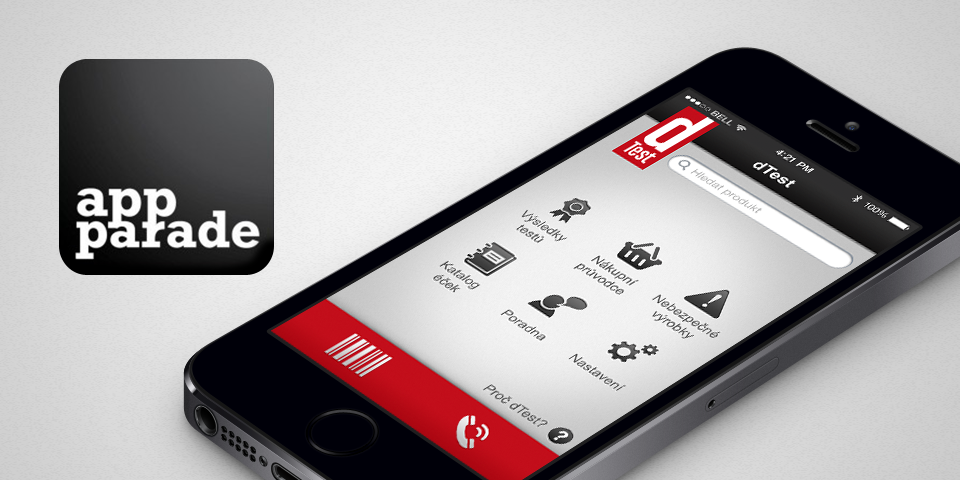 Application dTest won an Application for masses award at ninth year of AppParade mobile applications show. The price is awarded by Seznam.cz, the main partner of the event. The vote of the audience ranked dTest at a fifth place. In total, 18 projects tried to win the favour with the audience.

eMan company developed the dTest application for Civil consumer association TEST publishing a well-known consumer magazine dTest. The application is a practical advisor helping with shopping and selection of goods, as well as with various consumer problems. During first six weeks from its launch on the market, this practical tool was downloaded by more than 30 thousands iPhone and Android users.

The summary of the last year AppParade, which took place on the 10th of December 2012 in Prague´s Bio Oko, covers the articles on the servers Mediář and Tyinternety.cz.