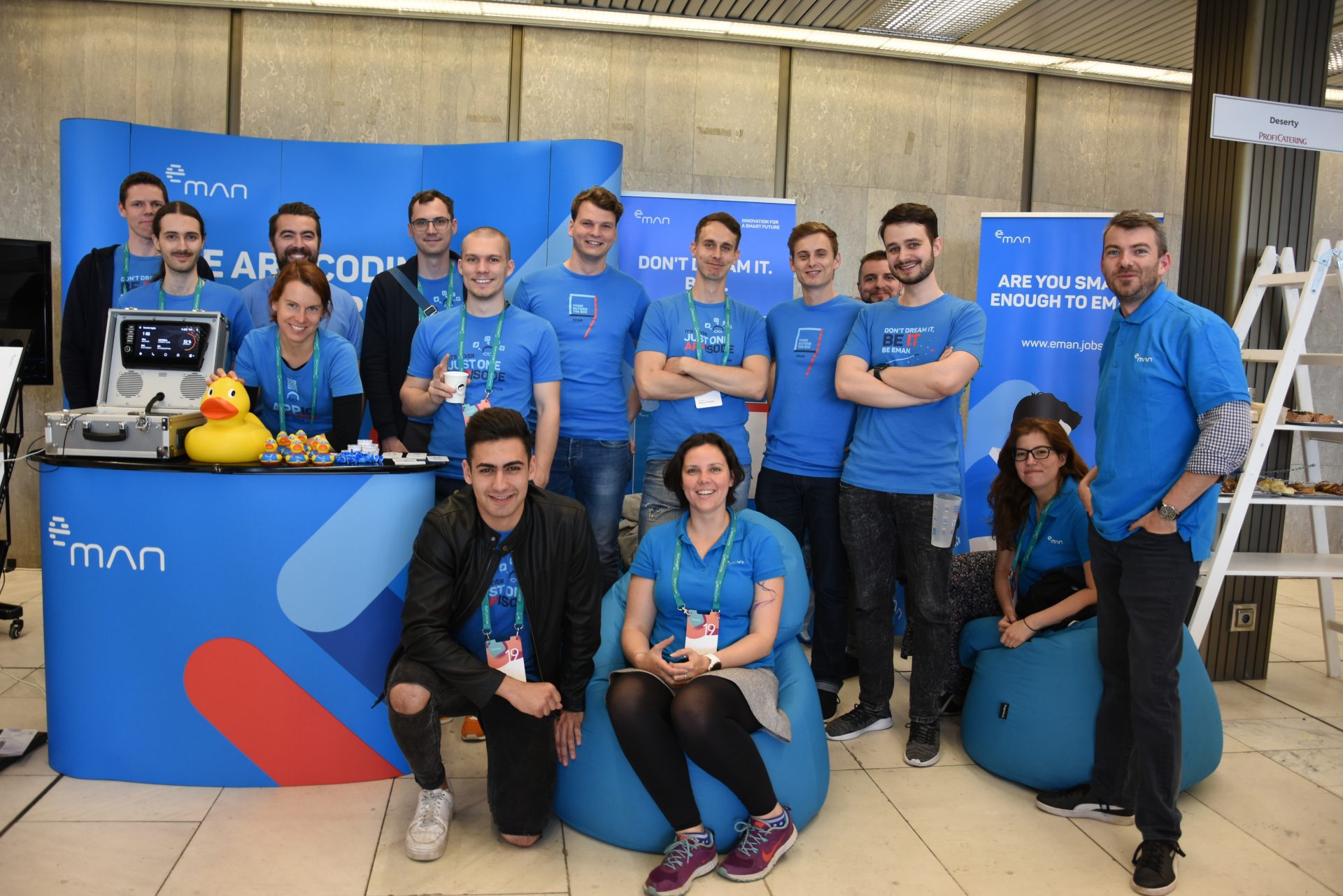 On the last day of May, Prague hosted the biggest conference for mobile app developers in Central Europe.  And, as always, we did not miss the chance to be one of the partners of the event. How was it? AWESOME. There were over 700 attendees from 28 countries. Interesting talks, an action-packed program, stands from various IT companies, and several workshops. That was mDevCamp 2019.

The opening talks by Michal Šrajer, the main organizer, Dita Přikrylová from Czechitas, and Josef Holý from MSD, introduced  the topic of the impact that the work of mobile developers have on the present-day world. We pondered about the possibilities of how to help people from disadvantaged groups, how to get involved in modern communication networks, and how to widen our scope of how we view app development. We also tackled topics like the social responsibilities of app development.

There were a lot of topics discussed during the conference, from the safety of mobile apps, automation possibilities and problem solving, to iOS and Android-specific topics. The day was packed with a flow of new thoughts and ideas from over twenty speakers. The eMan team consisted mostly of iOS developers. The talks they enjoyed the most were: Improving Developer Experience through tools and techniques by Krzysztof Zabłocki, Live coding, and Artsy automatization. Our Android developers rated the lecture RxJava & Coroutines by Ashley Davies as the most interesting.  The whole day was also dedicated to informal networking and, of course, there was an after-party. 😉 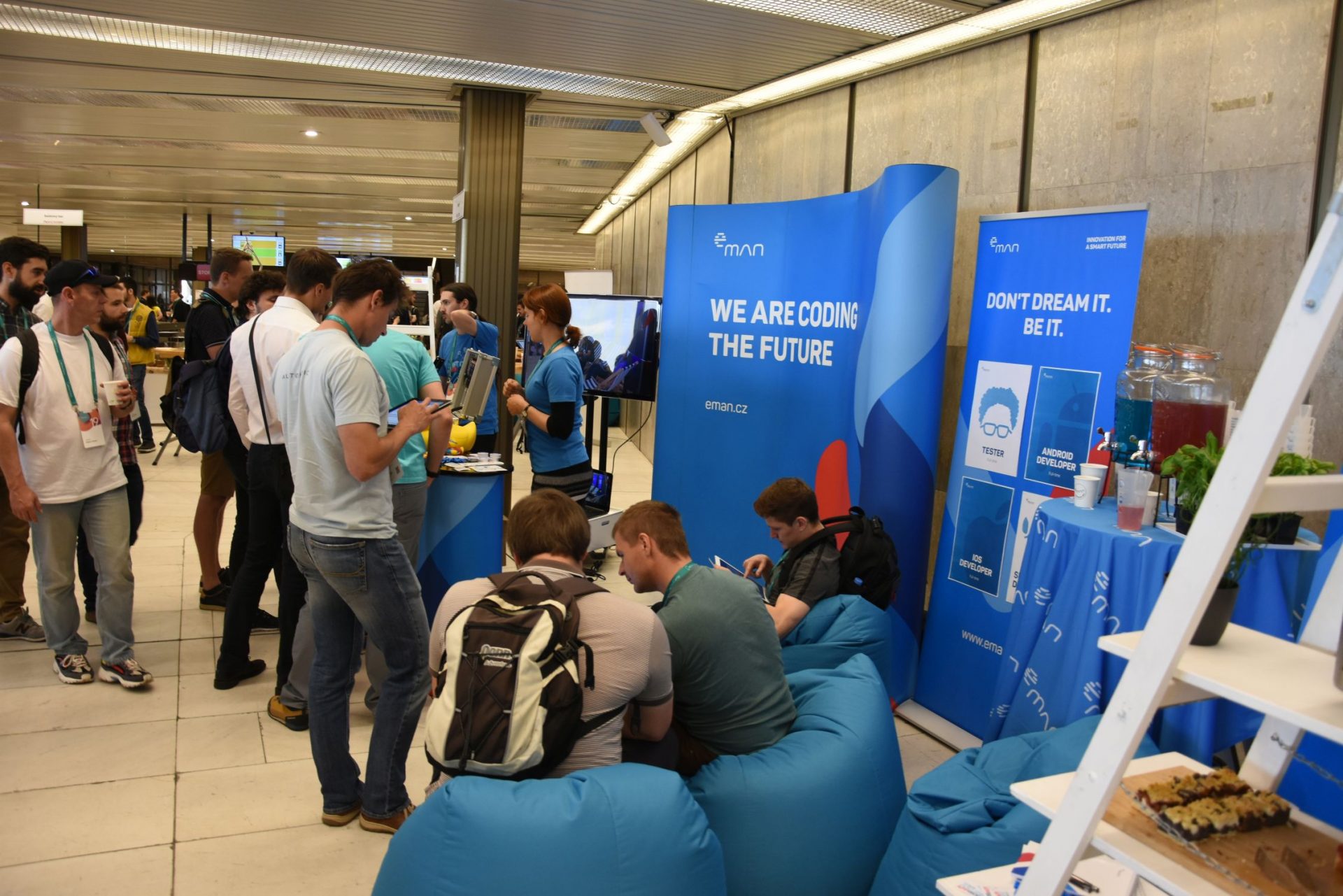 It’s Thursday May 30 2019, and twenty developers from over seven countries enter eMan offices. Our largest meeting room is packed full. Vašek Souhrada and Štefan Tóth share their know-how on modern Android app architecture. Vašek tackles Clean Architecture and, as a Kotlin enthusiast and founder of the Czech Kotlin User Group, utters that “Java is a little bit dead”. After four and a half hours, the attendees leave with new skills and knowledge on how to use Clean architecture and Jetpack Components during development. Of course, everything is written in Kotlin and adheres to the Test-Driven Development principles.

eMan duck is the VIP

It’s now Friday. The conference gates open at 8 AM sharp, and there’s an awesome breakfast waiting for us, as well as epic company stands. Ours, of course, is the most awesome. 😀 A lot of people were interested, and not only because they wanted to win our bathing, sorry, debugging duck. We had a few quizzes in various languages for developers and non-developers, and everyone who managed to get at least a few answers right received the eMan duck. There was a quiz on each of the following topics: Java, Kotlin, Android C#, Swift, React, and software architecture, and most of the respondents said that the quizzes were “not that difficult, but some questions were quite tricky”. And we had a special eMan summer drink ready for everyone! 🙂

Even though we gave out over a hundred of our debugging ducks, only one respondent managed to get all the answers right. Still, the main attraction was a large yellow rubber duck. A lot of people asked how they could win the duck, but it wasn’t up for grabs. Instead, it guarded a secret QR code for a conference game.

All attendees could join in the mDevCamp game, create their own virtual conference, and attract the highest number of speakers, attendees, and exhibitors. This way, the game nicely connected everyone attending the third mDevCamp.

An awesome conference, epic partners, and a great workshop. We really enjoyed being a partner, and are already looking forward to mDevCamp 2020.