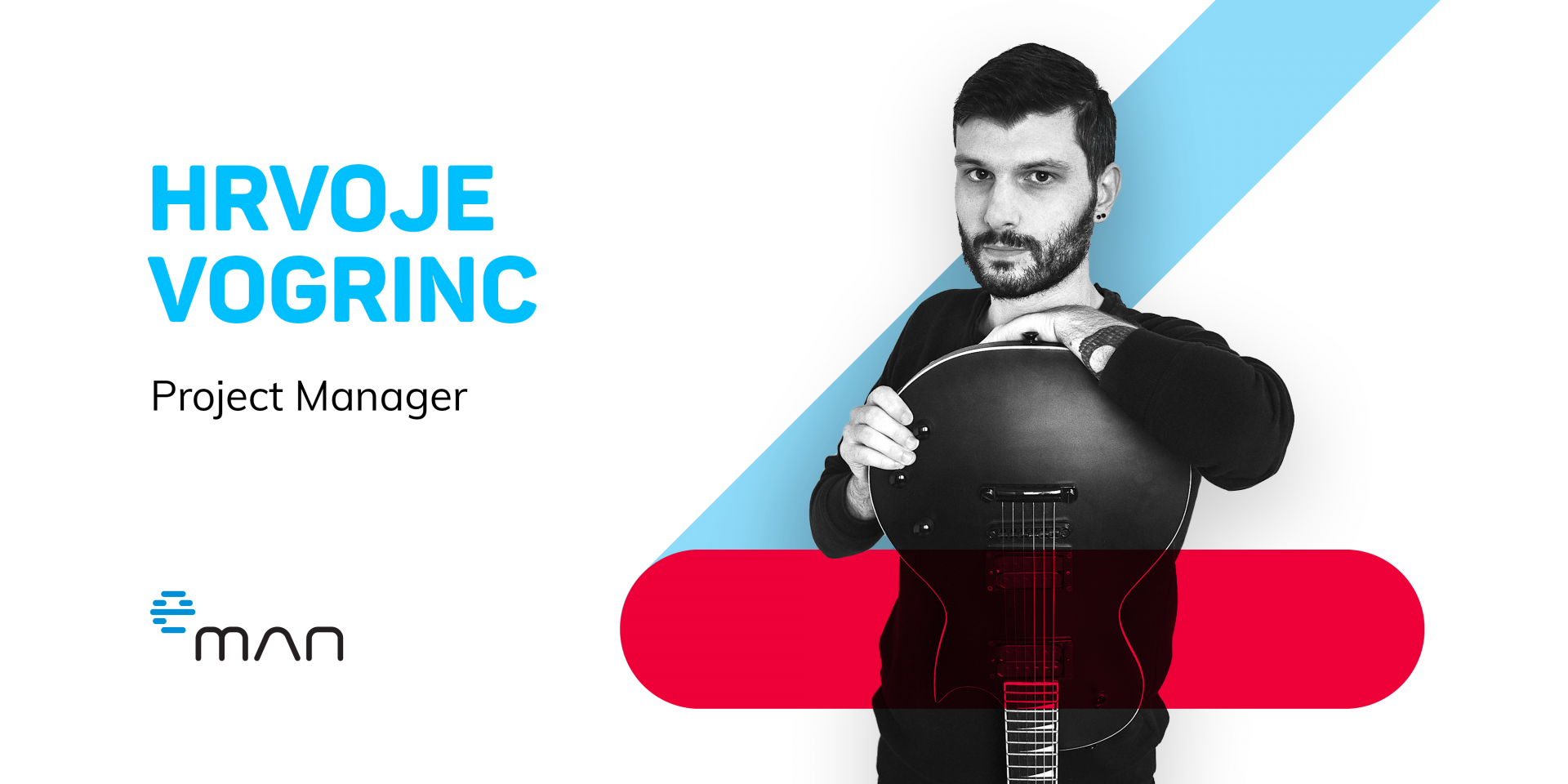 The first eMan to introduce himself in the new Humans of eMan series is a man of many talents, professions, and languages. How did he end up at eMan?

Since I was a kid, I have enjoyed trying out different things, and I was never afraid to get into something I hadn’t even gotten wind of. I mainly enjoyed art (music, writing, photography, painting), to which I still devote myself to a greater or lesser extent, but at the same time, I was also interested in technical things like mathematics, physics and computers.

After studying math at prep school, I enrolled in the electrical engineering program in Croatia and, after moving here to Prague, I continued at the Faculty of Electrical Engineering at Czech Technical University – in programming. However, there was too much math for me (I kind of lost interest), and I started to get bored. When I don’t like something, I prefer not to do it, so I decided to change my field.

I switched from computer languages to human languages, which I had enjoyed for several years. I learned them somehow naturally, mostly from songs, and when I showed up for class, the teachers, even if they were sometimes native speakers, often couldn’t answer my questions. So I enrolled in the general linguistics program at the Charles University Faculty of Arts, where I found myself in the company of people with a similar view on languages.

I spent my time there mainly at the Institute of Comparative Linguistics, attending various very interesting lectures on (Proto) Indo-European. These classes were geared more towards a master’s degree, but that did not stop me from choosing a mentor and a bachelor’s thesis topic. Of course, when it came time to finish the exams and write the bachelor’s thesis, life once again began to move in a different direction.

I decided that I didn’t envision a career in the sciences, and that it was time to quite my part-time jobs (of which I had several, including a language school, working the grill at a farmers market, playing guitar in cafes, and as a language specialist for Samsung in Poland), and start working full time.

As a Linux enthusiast, I looked for a job in that environment. After several attempts, I got one at a small company, where I wrote Ansible scripts to automate the configuration of Debian servers. It was only part-time, which didn’t work out for me financially, so I kept looking. It didn’t look promising (without experience, beginning in this field is like that), and so I started to pack my suitcase for Warsaw, where I had spent two semesters during my studies. And then came the interview for eMan.

I sat in a room like a meeting room, and applied for a job as a tester, with the prospect of moving to the position of Android developer. I guess it was the same day that they called me with a decision. It was in 2015, when the company numbered around forty people at two offices, one in Pilsen, and one in a cozy attic in Prague’s Strašnice.

That’s where I got to work. There were no divisions, team leaders, different departments, or the range of roles like we have today. In short, we did what was necessary, and I that’s how I got into design, rather than Android development. In addition to testing, which I was still mostly doing, I attended client meetings and coordinated development work as well as my fellow testers. I enjoyed it, so I was good at it.

After the company expanded and an organizational structure was introduced, sometime in 2017, I participated in defining the support management. I was in charge of the support part of the projects within the division. I left testing as there were too many projects, and it was impossible to do both well.

The new job was not always comfortable, but every day was a new challenge and required sufficient knowledge of our solutions. I liked that. Analyze, identify problems, and come up with solutions. Since then, I have been analyzing and designing solutions. I handed over the support part and, for the past few years I’ve been concentrating on development.

Nowadays I am leaving the management phase completely, and continuing solely in business analysis. The same situation as years ago – I can’t manage two very different things in the long run, and so I chose the one that fulfills me more.

My work so far in eMan has given me a lot. When I came on board, I had no idea I would be where I am today. I do not regret at all that I am not an Android developer, and I’m very grateful to my current and former colleagues (including my bosses) who have enabled me to journey through eMan. I enjoy people as such, and thus, cooperating with colleagues and clients. Of course, it’s not always a walk through a rose garden, or whatever that’s called, but it’s a relationship like any other, so you need to work on it, in which there are always certain challenges.