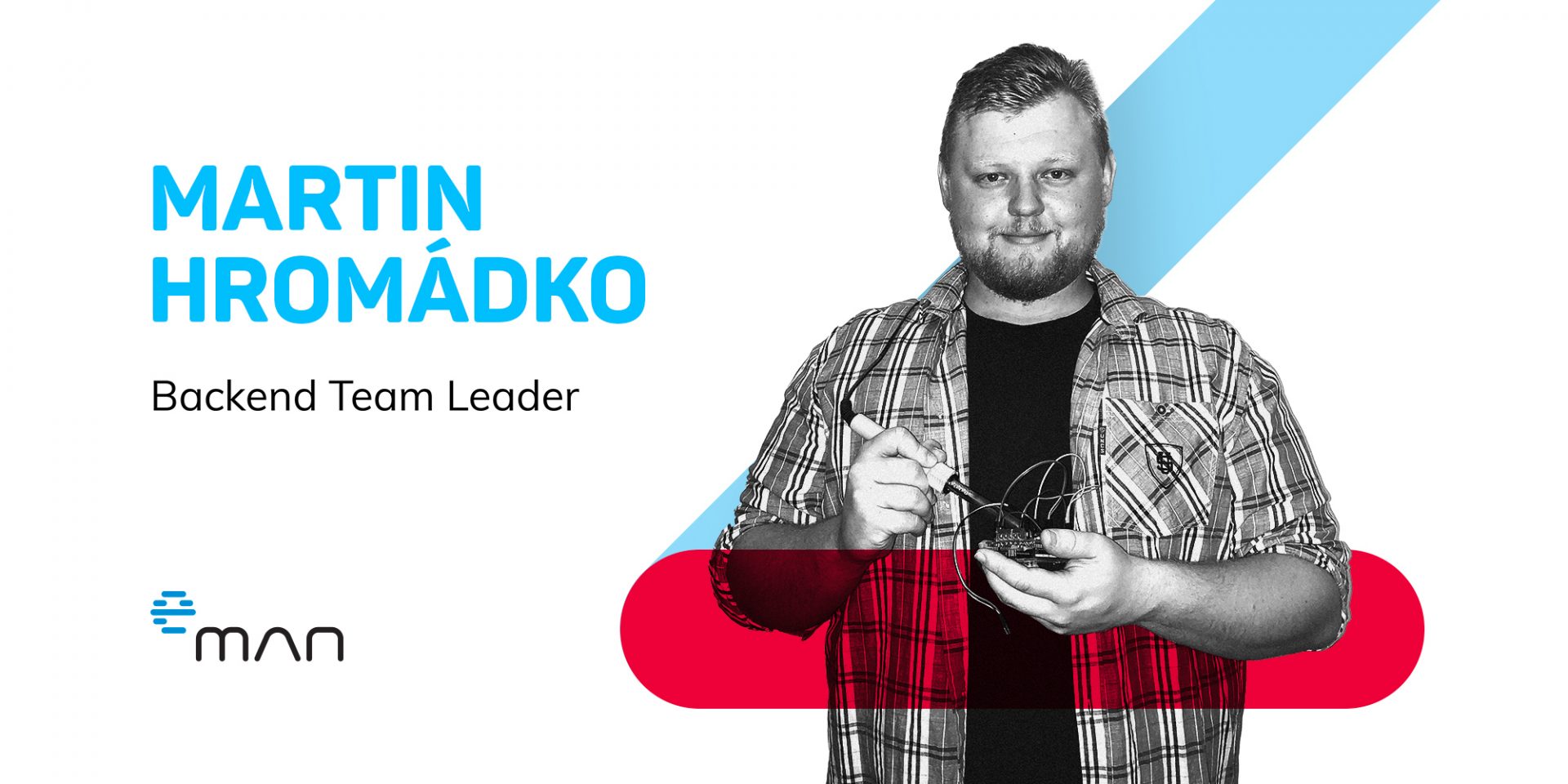 This episode in the Humans of eMan series is devoted to a rising star who vaulted into a team leadership position within two years. What was his drive? And how does he keep in touch with the real world?

Much of my childhood took place in front of a computer – mostly playing games. But even then, I thought to myself that there must be something more behind it all. That it’s not just about the games. How does it all work? This foretold my future in IT already as I was entering high school.

I enrolled in the applied informatics department at the University of Hradec Králové. In my freshman year, I realized that I had quite a bit of free time, and I didn’t want to diddle at home. So I decided to try my luck in the outside world – I found my first part-time programming job – as a junior PHP developer.

After a while, I decided to up my game and so I took a freelance position at a marketing agency as a full stack web developer. But it didn’t really move me; I was attracted to new challenges. Then I came across a job ad for a Ruby backend developer at the company Tapmates.

I hadn’t worked with Ruby, and so I considered this an ideal opportunity to evolve. I got the job and met my colleague/mentor. I learned a great deal there and they refined my technical side into the developer I am today. The company disbanded over time and, with it, this super chapter came to an end.

A month full of thinking followed about what I wanted to do next. My friend Dominik invited me to an event/lecture organized by the company he worked for – eMan. It was pleasant, and eventually I received an invitation for an interview. I have to admit that I had another interview at the time, and eMan was originally my second choice – however, they communicated more deftly and had an office in Hradec Králové, so we shook hands on a deal.

During my first three months at eMan, I was wondering if it was the right place for me. In the end, I decided to stay (mainly thanks to the super colleagues), and found magic in the work on the EIS (internal company system). I started working real hard, out of my own enthusiasm for the cause. Management noticed this, and offered me a tech leading project.

And the career avalanche continued to roll. Over time, I was transferred to the E.ON eContracts project and, at the end of that year, to team leader. All this after two years at the company, right after graduating from university. I am grateful to eMan for giving me the opportunity to grow. No one had ever given me a chance like that.

And out of the office? Programming is a relatively abstract thing, detached from the material world. That’s why I like to play with a 3D printer, various gadgets, and electronics in general, where I can apply my software knowledge to the real world, for example through a Raspberry Pi or Arduino.