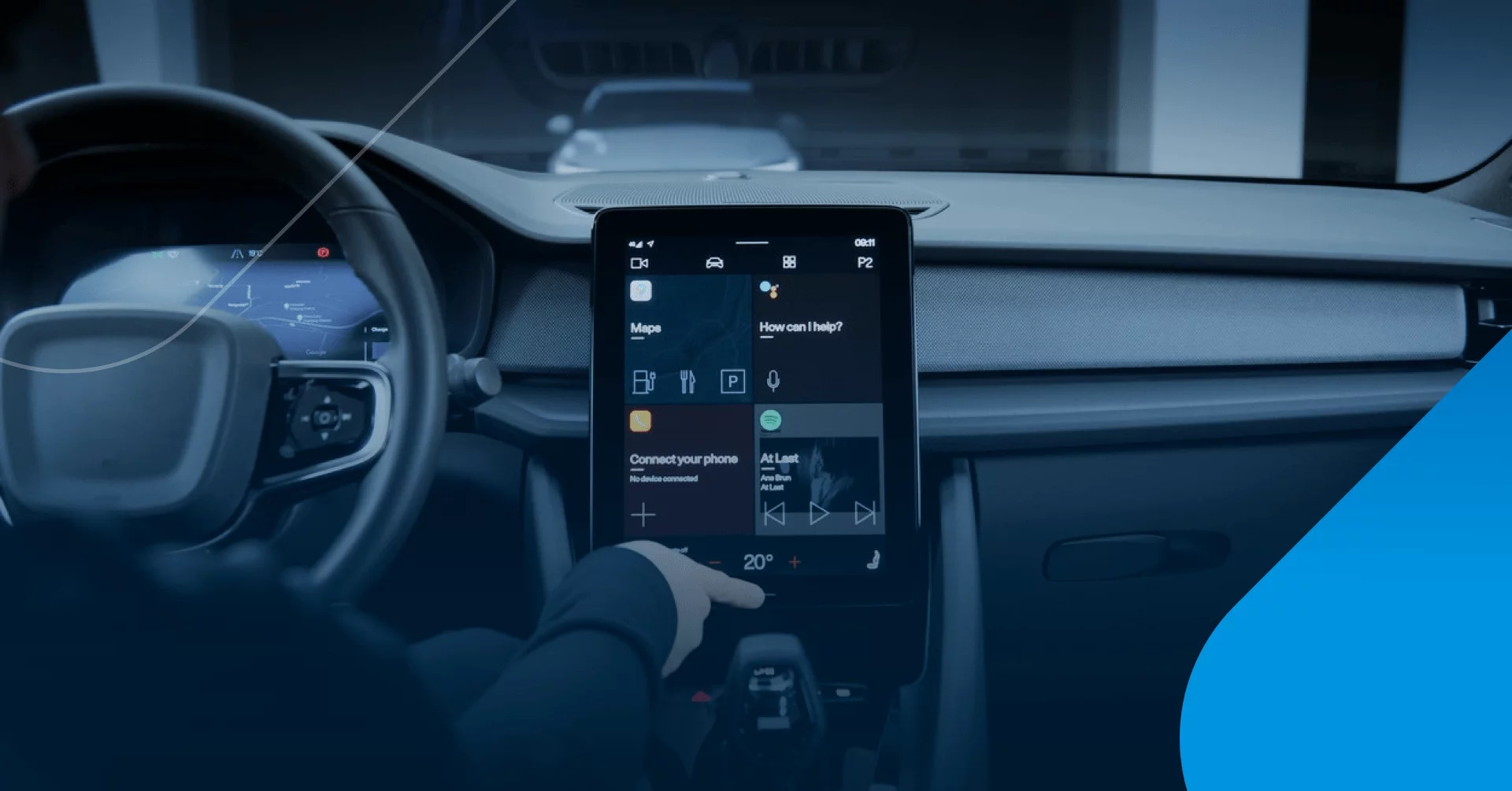 What Google's infotainment center looks like under the hood, and what the future holds for our cars, as contemplated by our full-stack developer Braňo Štupák.

Imagine getting into a car-sharing vehicle, logging in with your Google account, and the car automatically adjusts its features to your preferences. This is precisely what a world in which Google’s Android Automotive OS (AAOS) breaks through could look like.

AAOS is an Android platform that – unlike the Android Auto app – runs directly in your car, as a native infotainment center. In the future, users will be able to download apps into AAOS, thus adapting the functionality of the car, which current infotainment centers do not allow. Another big advantage of AAOS is the possibility to continuously update, so that it does not become obsolete, as by conventional infotainment centers.

Android Auto is “merely” a mirroring of your phone to the infotainment screen. It has its advantages because users routinely work with phone apps that are tuned and boast smarter features than their car’s (current) counterparts. Android Automotive OS will allow apps to run directly in the infotainment center but, thanks to the AAOS context, developers will be able to advance their features even further.

At the beginning of 2022, it was included in a relatively small number of cars, but this is changing fast. While Google still has a lot of work to do to bring the operating system up to the Android standard that we know from today’s smart devices, it is on a very good path going forward.

For those who are already developing in Android, it is easy to orient oneself in AAOS. It is a de facto standard Android system, extended by another interface that can be found only in passenger cars – doors, air conditioners, lights, etc. – so you can figure it out in a few short hours.

At eMan, we have been experimenting with AAOS since the first SDKs, and we are closely following its development. We have already tested prototypes of infotainment centers, peripheral controls, media applications, and many other elements.

Although the operating system is still in its early stage of development, new guidelines are rapidly being added. Currently, there are dialer, media, and calendar applications, and they are very stringent – both in UX as well as when it comes to accessing peripherals. For example, an application cannot control the lights while driving. You can access your own peripherals via the Vehicle Hardware Abstraction Layer (VHAL), which we know from the traditional Android system.

Google manages to take the system further with each new SDK. Thanks to one of the latest updates, it is already possible to monitor and control the status of the engine, transmission, and charging port. Android Studio now also includes an emulator for Android Automotive OS, which can be configured according to the parameters of the car. It is clear that Google takes its infotainment seriously.

I would like AAOS to natively support access to more peripherals than it does today. Google works directly with automakers on AAOS, so I believe that feedback will forge the platform ahead.

Would you like to participate in interesting projects for AAOS or developing Android applications? Get in touch with the team leader of our Android team Štefan.