Augmented reality will help architects as well as excavator operators 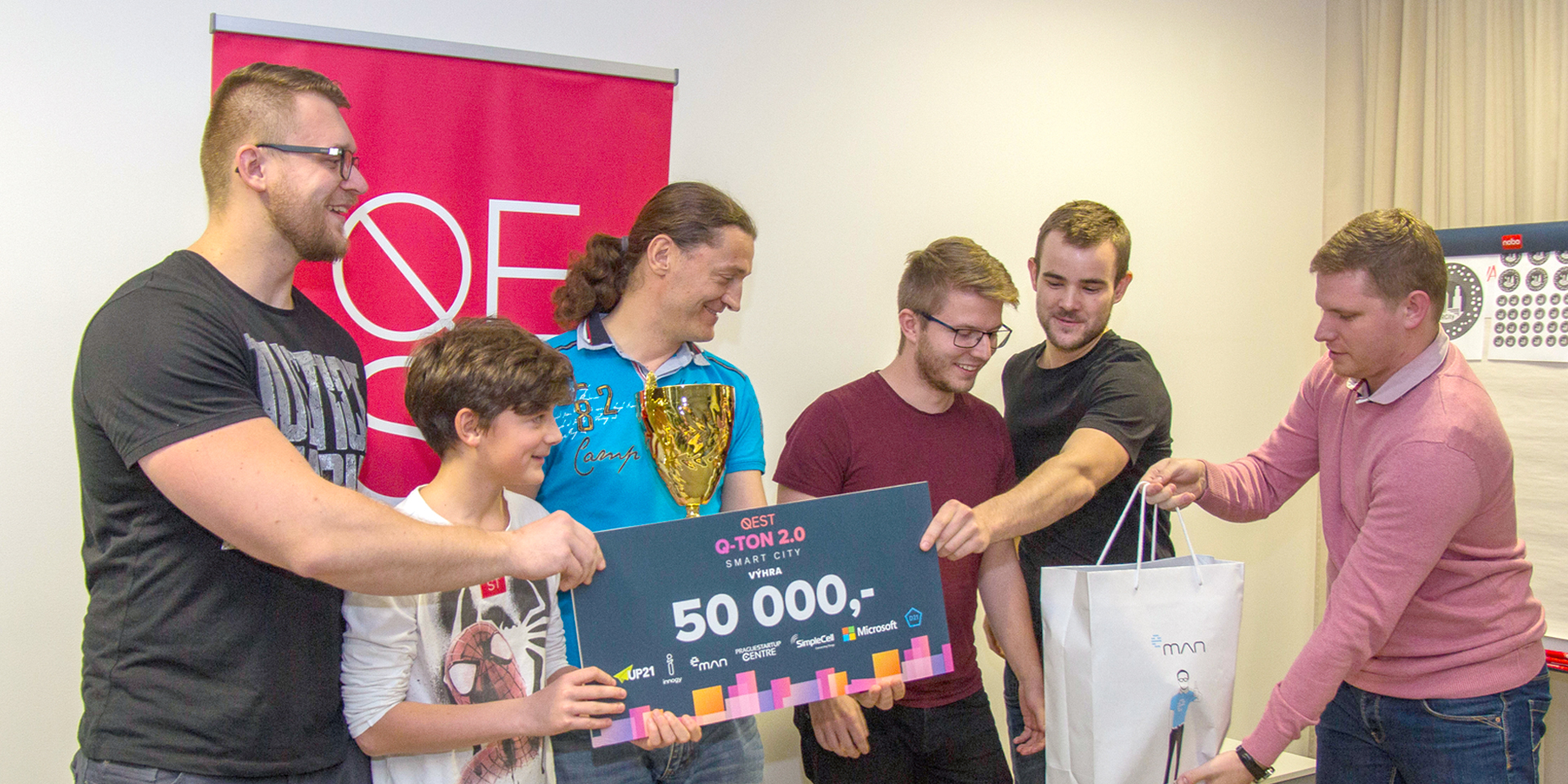 Hackathon Q-TON 2.0 was held at Forum Karlín in Prague during the last weekend in November. It was the second event of its kind held on the premises of the companies Qest automation, UP21 and a few other sister projects. Smart City was the topic, and eMan experts were available to seven teams working on various visions of the city from the not too distant future.

The event was supported by a number of partners, us being one of them. Among others we can point out Microsoft, innogy and SimpleCell. Our experts (Pavel Doležal, Jakub Král and Daniel J. Lett) as well as experts from the other partners were available for consultations and mentoring during the whole weekend. Moreover, Vašek Souhrada had a talk about DevBoost, the event’s official project environment for the development of mobile apps. I talked about Mongoose OS, an IoT operating system, which is a topic that was discussed at length over the weekend. 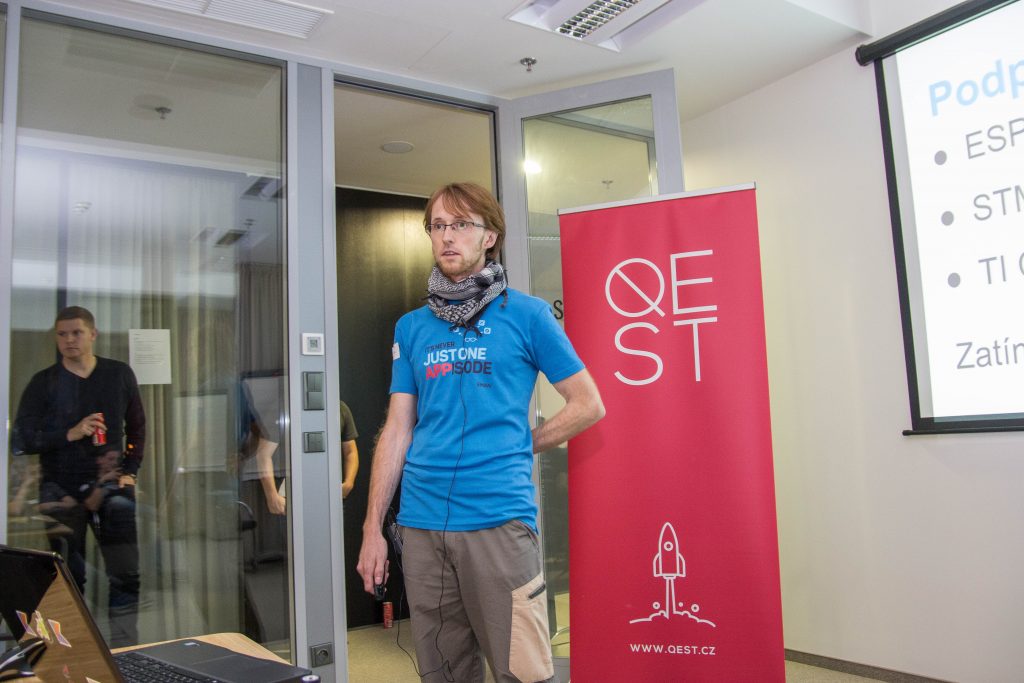 Around thirty registered participants attended, and three out of seven competing teams were formed by developers from QEST. All teams were highly enthusiastic and had a great sense of humor. Here are some examples of the presented solutions:

Mobile AR application which, by using artificial intelligence, helps architects place equipment and furniture. The added value is not having to deal with any legislative restrictions, figuring out where the sources of light are, heaters, doors etc. AI should solve all these issues and offer suitable positions via a heat map in a mobile device.

Application for MS HoloLens helping construction managers and other professionals see in real time utility locations using augmented reality. A specific site plan is loaded into the app resulting in, for example, the excavator operator being able to see power lines or pipelines that are buried around his location without the need to find and mark these, as is common nowadays.

ARCity is a mobile AR application for navigation around a city and purchasing services using simple 2D tags (stickers). These can be easily placed into current environments, for example on parking meters, public transport stops, building entrances etc.

A typical IoT app SmartShit solves the problem of half-filled or overfilled septic tanks and cesspools, using an accelerometer sensor produced by SimpleCell.

Flow Meter for cars, a solution using a simple sensor and cloud integration. It’s worth mentioning that the age average in this team was under 18.

A system to make decision-making in smart cities easy. It helps to identify key players in various areas by combining data obtained by data mining processes from various sources and machine learning.

A system for smart cities which mines data on various issues from social networks (and potentially from other sources). Afterwards, it connects the issues with possible solutions. 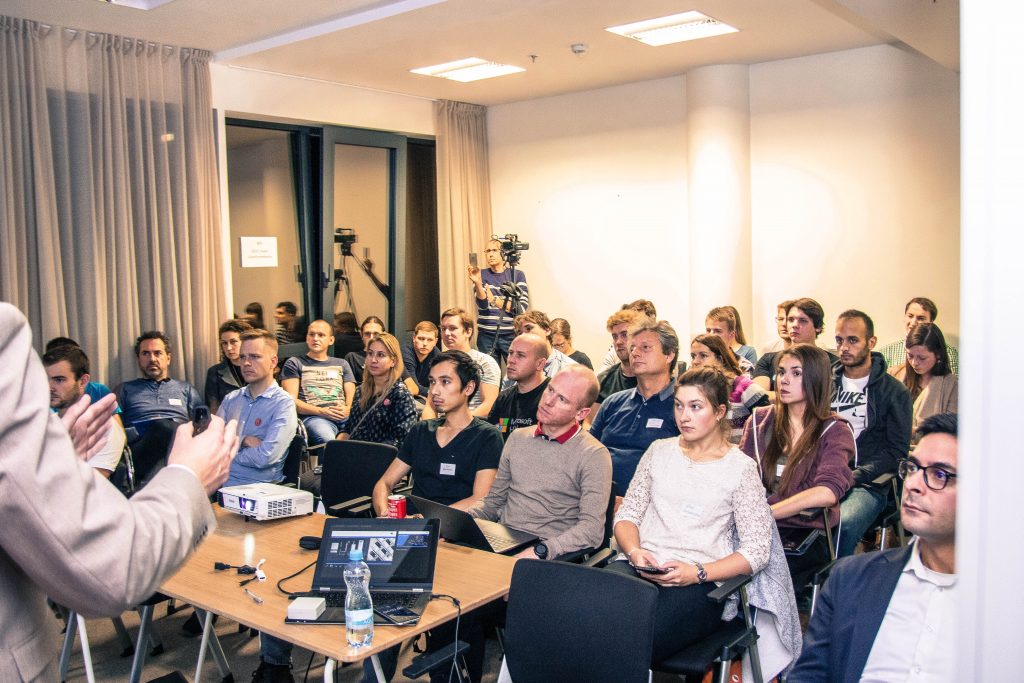 ARCity team was victorious, taking home not only the main prize of 50.000 CZK, but also first place in all main categories (technology, innovation, business).
We exchanged a lot of new information about the future of smart cities, various sensors, technologies and issues. The talks by mentors were definitely worth seeing. 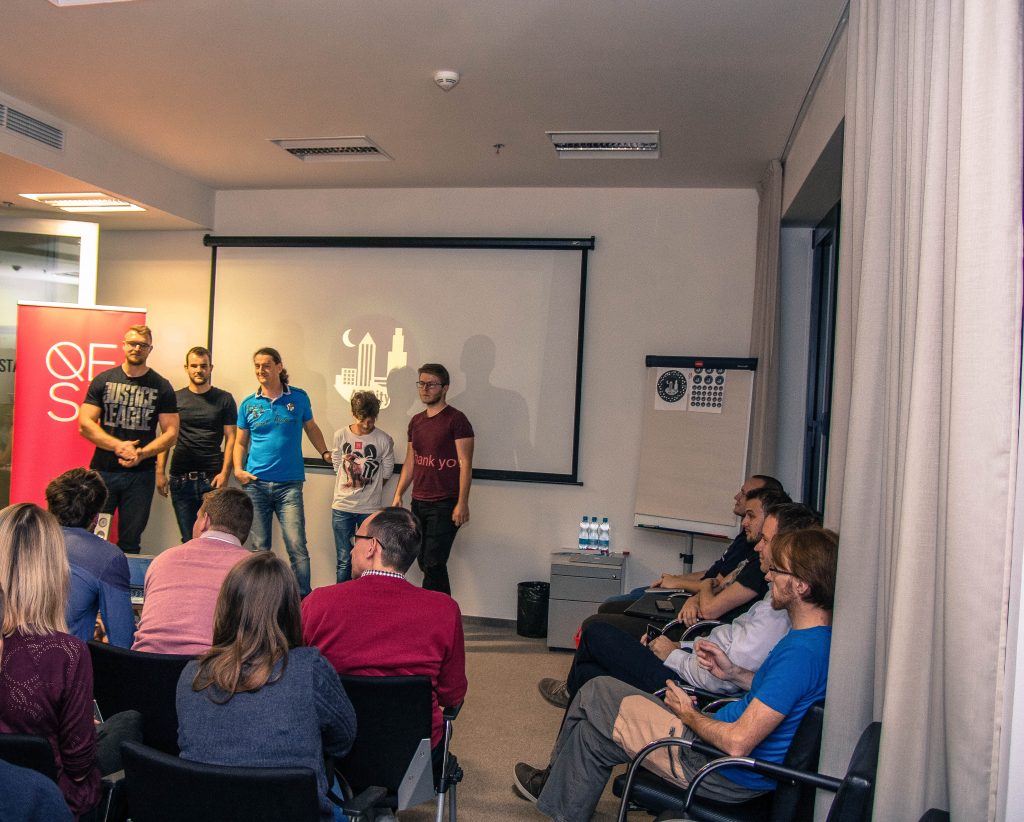 Nobody touched Smart Bridges, a topic supported by us, which a few days later turned out to be quite relevant because of the events in one of Prague’s districts, Trója. All solutions were very interesting and it was highly educational to attend the brainstorming sessions of all teams and see their approaches to the tasks during the whole weekend.

This year eMan contributed by organizing talks and mentoring. Next year, we plan to do even more as it’s already the third year and we will be helping to organize. See you there!