Rails Grills 1.2 did not lack anything, not even custom motorcycles | eMan

Rails Grills 1.2 did not lack anything, not even custom motorcycles 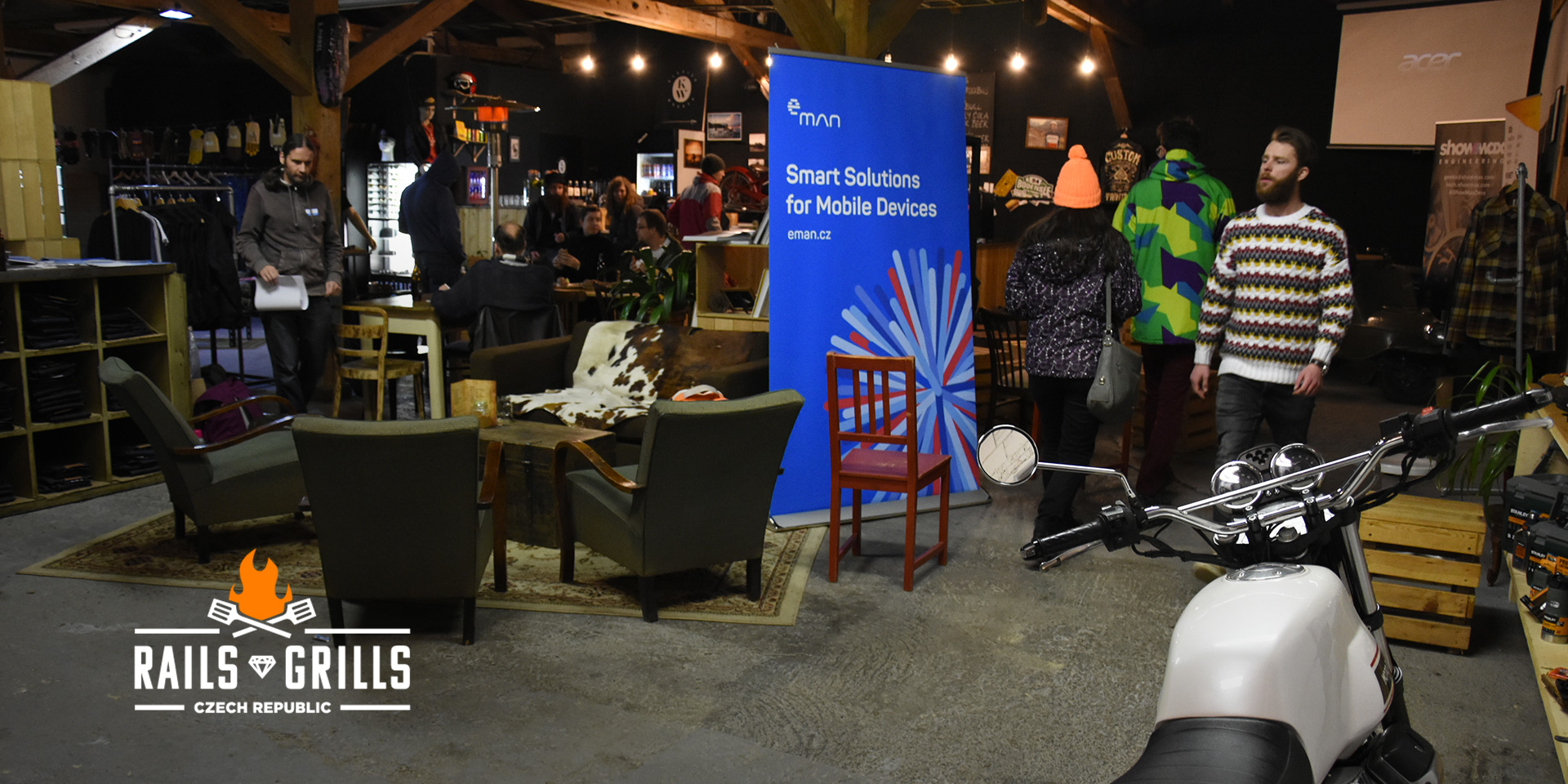 eMan helped to organize a barbecue for Ruby on Rails supporters for the second time and it was a spectacle to behold; the scent of grilled meat mixed with motor oil and talks about APIs, financial data, and microservices. Would you like to see footage?

Rails Grills without rails is like burgers without protein… Fortunately, we had both! On Friday 2017/12/15 we lit up fires as well as brains at the Praha-Bubny station. The Ruby talks took place at a truly remarkable venue; the Klasick Wheels shop. The path to this motorcycle wonderland was not easy but the atmosphere of all the American Road Kings made up for any troubles finding the place. Winter events have a certain magic about them, especially when you can warm up by looking at all the two-wheeled beauties indoors or by hanging around the tempting delicacies outside. We also managed to follow up on the summer Rails Grills 1.0 very nicely. 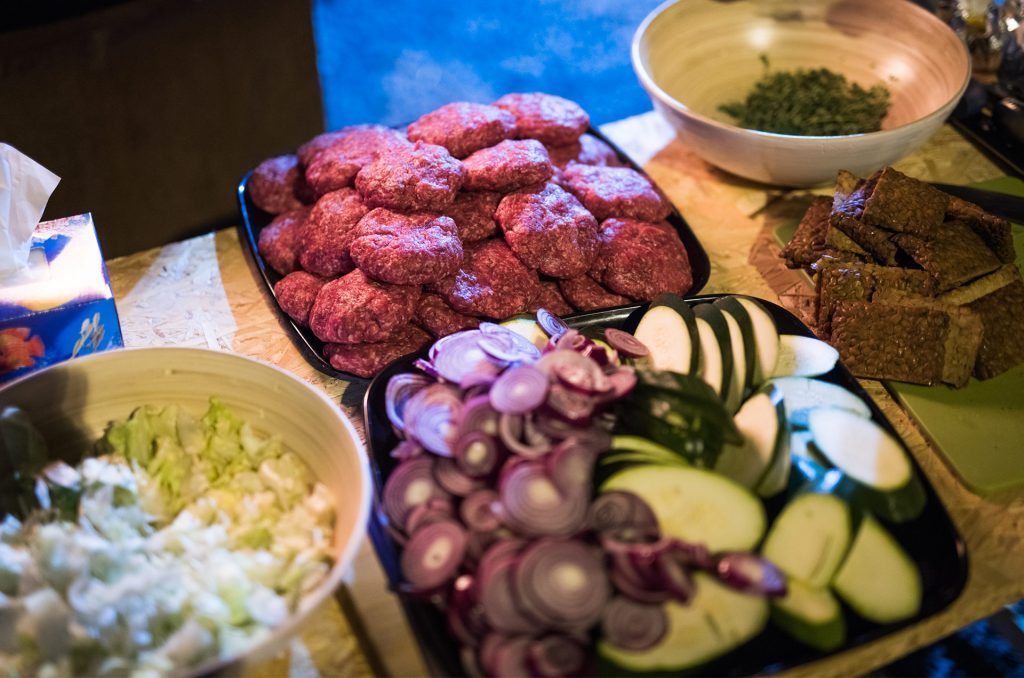 We listened to three lectures in total:

The first was given by Josef Liška, talking about his web geocode.cz that is fully open source and to which anyone can contribute. This web could potentially replace the classic Google Geocode API for obtaining GPS location of a given address, understandably only within the Czech Republic. After the talk, a discussion on the performance, data source, and possible usage of the Czech RUIAN “standard” took place.
Video of the talk

Jan Strnádek had the second lecture, talking about the current situation at eMan. He presented the ways we obtain, transform, and generally process financial and other time dependent data. For all of this, we utilize a little known Ruby structure and Jan explained how we actually got to using it.
Video of the talk 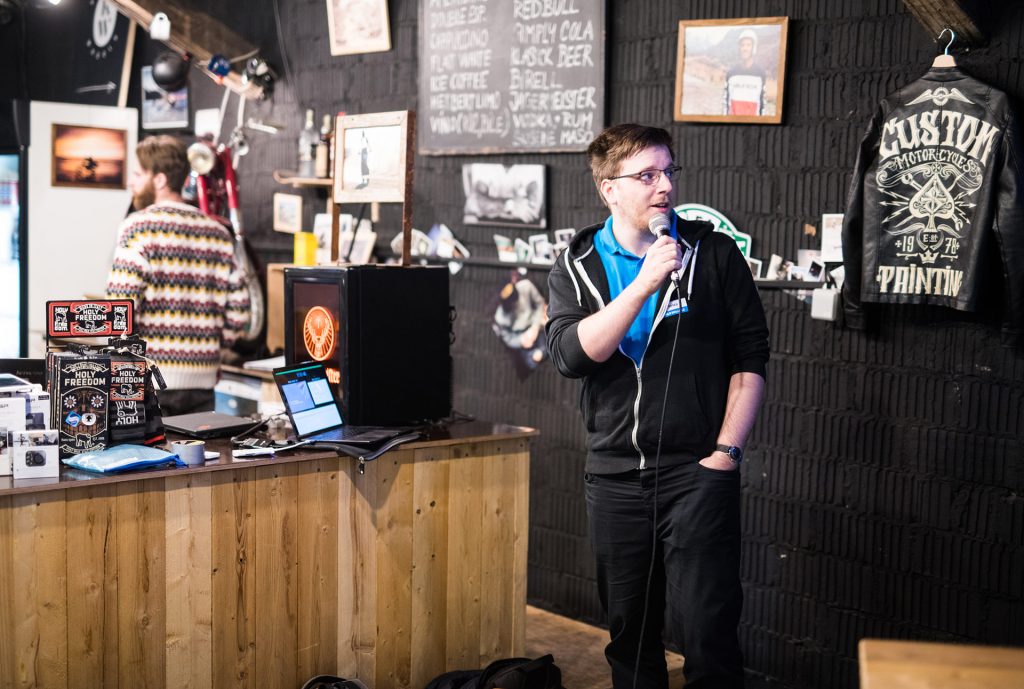 The last lecture was given by Daniel Veleba from Showmax. He talked about how they changed the architecture to increase the performance of their APIs for microservices. But in reality, the effect was completely opposite. Daniel showed us the reasons why and explained what they had to change in order for it to start functioning properly.
Video of the talk

Before we started the barbecue, Jan Strnádek and Daniel Veleba had a discussion about the performance of Ruby on Rails vs. Java vs. NodeJS.

Video of the discussion 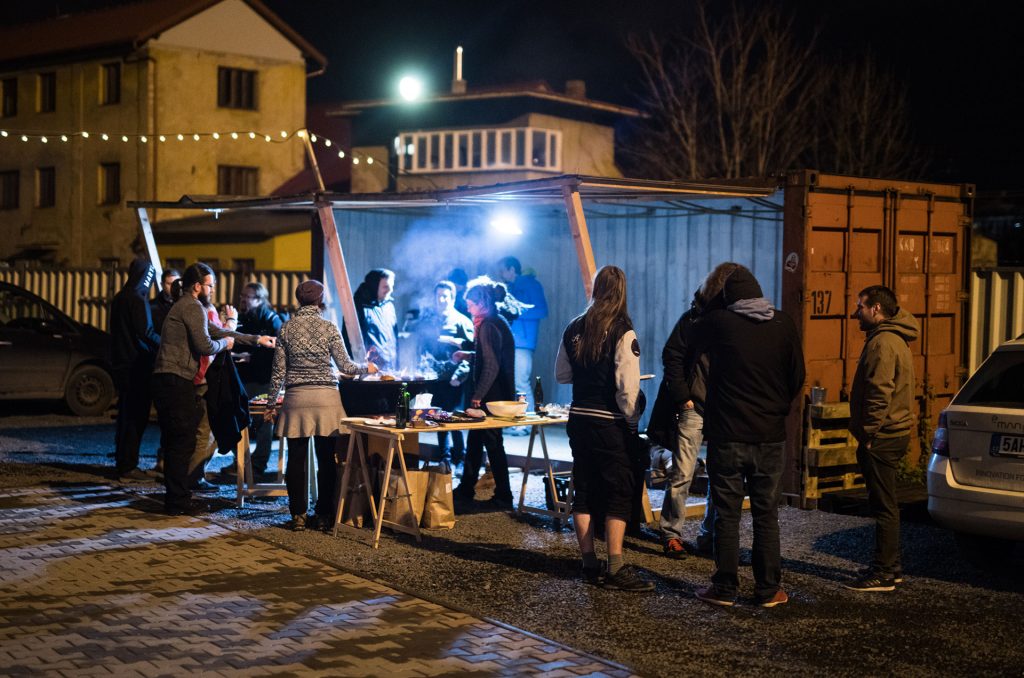 Barbecues, not only for Ruby folks, proved to be quite entertaining in 2017 so you can look forward to another summer and winter edition in 2018! There’ll be plenty of rails, burgers and know-how from the Ruby on Rails world.