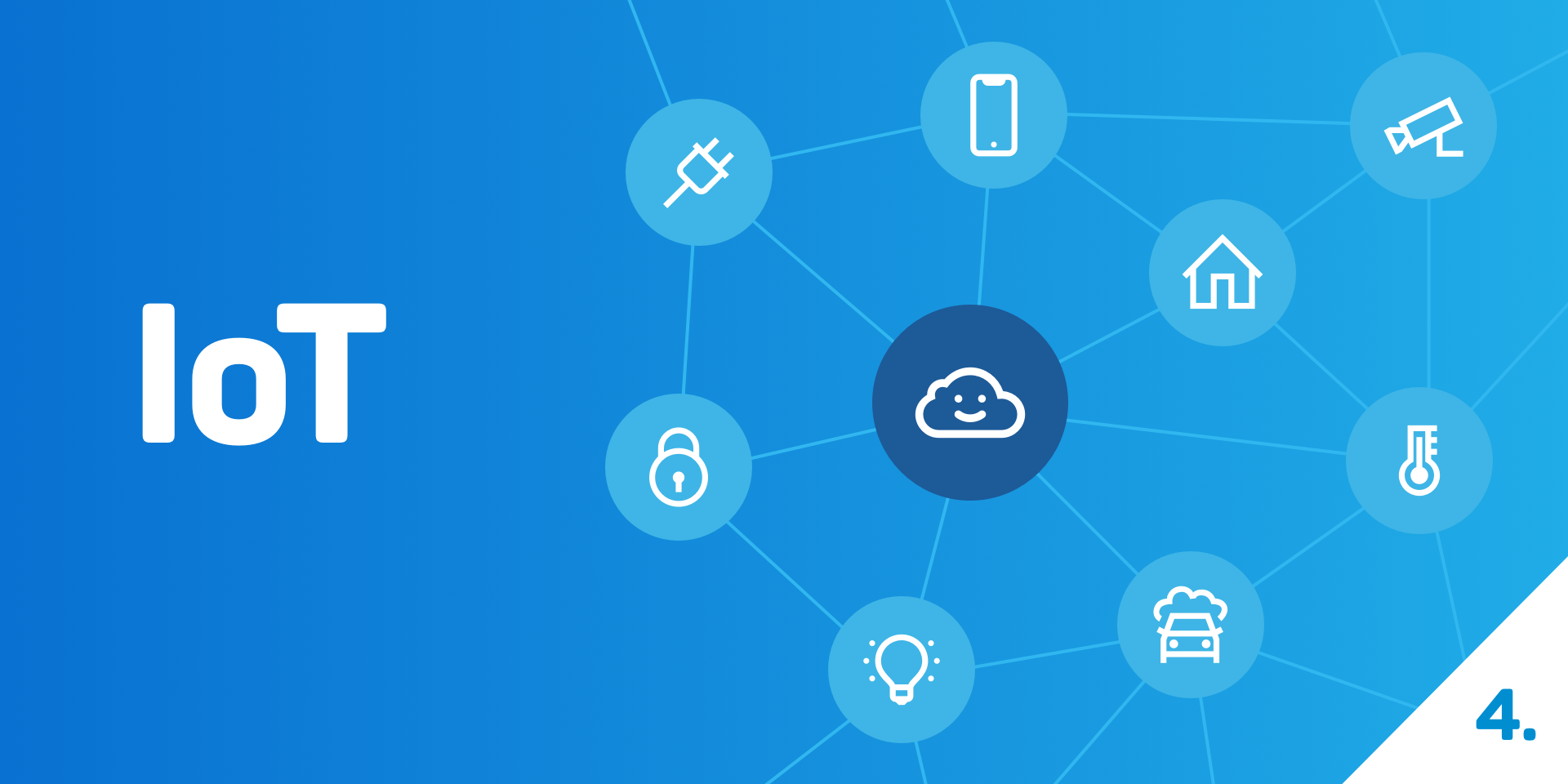 In previous articles, we covered two technologies that are not dependent on any telephone service provider. So, if you’re brave enough, you can use them for your awesome solutions while eliminating the need to pay any fees. Today, let’s talk about a different case, called Sigfox.

How telecom providers got stuck in the 90s

Sigfox is not even ten years old. In 2009, when telephone service providers began to understand that second-generation networks are a thing of the past, a new company emerged in France. A company with the goal of world domination in the field of data transport via the Internet of Things (IoT) – an 80s concept that started gaining popularity at the beginning of the new millennium.

After 2000, WAP was used for super-slow transfer of small amounts of data. WAP was replaced by GPRS a few years later; you probably won’t find it anywhere today. GRPS was quite cheap (at least for providers), but had a lot of disadvantages, such as non-predictable guarantees of the transfer. The second-generation networks were slowly replaced by a third generation, with a fourth one slowly emerging. Telecom operators sensed a huge demand for fast transfer of large amounts of data and mobile video. However, it seems they forgot to implement a GPRS substitute when launching new technologies like EDGE and HSDPA. Maybe they felt that 3.5G and 4G network users would be willing to pay exorbitant prices for data transfers, and would put up with the need for frequent modem exchanges. Well, it turned out that they were wrong.

Fortunately, two people met at the turn of 2009. A startup guru, Ludovic Le Moan and a senior manager at Freescale, Christophe Fourtet (the fact that Freescale also managed telco solutions is no coincidence). While Ludovic was a businessman, Christophe was an embedded developer by nature. So, you could say that it was the perfect combination for an international success.

They quickly developed a simple, energy efficient communication protocol for license-free band (868/915 MHz) that can be used over sufficient distance (usually 5–10 km in flat, undeveloped areas) with cheap, standard chips.

A few years later, the Sigfox network started using this protocol in France and, within the next three years, it was available in five countries. In the same year (2015), Sigfox received 110 million euros from investors for global expansion. The money was put to good use and, by the end of the year, Sigfox started to expand to the USA, Middle East, and Africa. And, the following year, it appeared in Asia and Latin America. Today, Sigfox is available in 60 countries, and the number is constantly growing.

When talking about network coverage, it basically means that a given region has at least one Sigfox base station. Because even today, ten years (and hundreds of millions of euros) later, there is a huge difference between the network coverage map and the actual reality for the common user.

It’s safe to say that there is some coverage in most places on Earth. But, you can still find areas where there is no coverage at all. And the reason behind this is simple. Sigfox is built via telephone service providers and these, in some countries, have shown no interest in the network so far. You’d guess these to be some less developed countries with a small population, like Romania or Venezuela, right? Let’s take a look. Sigfox only recently started to expand to Norway, Sweden, Finland, Austria, and Switzerland, while there is no coverage at all in countries like Greece, Poland, Canada, Russia, or China. Have a look for yourself at the network coverage map.

You could also argue that we’re lucky to have the Czech Republic covered, but that’s also not entirely true. Large cities, important traffic junctions, highways, and other busy transport routes are well covered. But try getting Sigfox in the mountains or a small village. Or don’t, lest you may be discouraged.

The Sigfox network is built using base stations (BTS) in a star topology, like e.g. LoRaWAN. The base stations are deployed by a company called Simplecell Networks, which today operates in the Czech Republic, Slovakia, and in a few other countries. It builds its BTS in Czech Republic in cooperation with T-Mobile, using existing masts. This creates a quite interesting technical, as well as business, alliance. But the progress is still very slow, as the BTS network must be quite dense for us to be able to say that the coverage is really good.

What’s interesting about the Sigfox topology is the provision of cloud services, which are an integral part of the network. Customers do not access data that would be sent to them from the base station via the internet; they get to the data only a bit later. That is because the data is sent from the BTS to the Sigfox cloud to be stored and forwarded, if needed. The stored data can be considered well secured, and can be retrieved via an ever-improving API.

Communication in the other direction also uses the Sigfox cloud. You send your data there, and the cloud makes sure to deliver it when the device is receiving.

Using the administration interface (which looks and behaves like a 90’s website) and the constantly improving, robust API, it’s possible to configure purchased tariffs, and assign user rights and tokens (basically an authorization for a given device that allows it to be active in a network). It is possible to see when the last time a given device was active: users can see transmission logs, or manage whole groups of devices at once.

One big advantage of this approach is the speed of Sigfox adaptation for new users. You just click without the need to build your own backend. You don’t have to think about any infrastructure, and you can let the data from the device be sent to your AWS, Azure, IBM Watson cloud, or other service, where you easily set up forwarding via SMS.

Technology and its accessibility

Like IQRF or LoRa, Sigfox uses a license-free band. We’ve already covered its basics, so let’s just remind ourselves of the fact that, in this band, you can use the network only one percent of the time, or 36 seconds of each hour.

For signal transmission, Sigfox uses a so-called ultra narrowband. While being transmitted, a message takes only 100 Hz of the whole bandwidth. This makes the network very resistant to interference, and it’s possible to receive even messages that are very close to the noise level. On the other hand, the speed of the transmission is quite limited.

Sigfox downlink messages (from the device) have 12 bytes, uplink messages (to the device) only 8 bytes. That might seem like a very small amount, but there are many innovative approaches and devices that utilize this amount very well.

The whole downlink communication of one packet takes 6 seconds, including the header. That results in up to six transmissions per hour. That is quite enough for, let’s say, transmitting the actual location (which easily packs into 12 bytes). And it’s just a luxury for transmitting temperature or other status information.

And, if you fiddle with the firmware of a Sigfox modem, you can easily transmit e.g. 1 byte, and the network can handle it (we tried). But, because there is still some redundancy data on the protocol, you can’t transmit data every 30 seconds, but only about 10 times every hour. And that doesn’t help the encryption used during the transmission to be any more secure.

Every packet in the Sigfox network is sent 3 times (each time on a slightly different frequency) in order to better ensure its delivery. So, if you are brave and have solid coverage, you can decide to transmit each packet only once. And, just like that, you transmit every two minutes! You can use various other tricks to manage a transmission every minute, but you sacrifice some reliability of the actual transmissions. Basically, it’s up to you to try and see what best fits your needs.

When we talked about transmitting your location, we meant the GPS location that you obtain yourself. But, using GPS changes the category of your device from ultra-energy-efficient (lasting several years on a single AA battery) to a somewhat clumsy one that should have its own, solidly backed-up, power source. Just allow location tracking on your phone and observe how long the battery lasts. 😉

Fortunately, as Sigfox networks expand, the chances of your packet being registered by several base stations increases. And this can lead to establishing your location using a number of clever algorithms. The accuracy of a location established this way is not super high. In Prague, the difference can be tens or even hundreds of meters and, outside of Prague, even kilometers. But this can be enough for quite a lot of applications.

So far so good, right? If you live in an urban area and want to build an IoT thermo or humidity meter, Sigfox seems ideal. This also applies to smart electricity and water meters, as well as any other telemetry gadgets. It’s also good for tracking the location of goods, or building flood or smoke sensors. You can also create a sensor for your home mailbox that will let you know when you have to get up because you’ve received actual mail from an actual post office. 🙂

The Sigfox pricelist is divided horizontally according to the number of sent messages each day. If you’re sending two messages a day and you don’t need to receive any (even when using a small number of devices) the price is incredibly low. You’ll pay less than 7 CZK a month for one device. Should you wish to send all 140 messages daily and receive up to 4 each day, you’ll still pay only around 200 CZK a year. The payment is upfront, of course.

The future of Sigfox

When the coverage gets better outside of cities, Sigfox can be (at these prices) quite useful for a wide range of applications. That is if, by that time, Sigfox still the same as it is today, as

building the whole network already cost over half a billion dollars, and the investors will want their money back one day.

Sigfox has difficult times ahead because telephone service providers are pushing LTE Cat M1 and NB-IoT, indicating that they have awoken from their ten-year slumber. Sigfox will have to cut its prices while continuing to build and deploy new base stations, keep the cloud running, employ sales and administrative personal, and try to invest in further marketing to attract the critical mass ( = hundreds of millions of connected devices).

While LoRaWAN or IQRF developers are basically not dependent on anyone, there’s no guarantee that someone will still be operating Sigfox in five or ten years. So, we would buy a Sigfox device for a few hundred crowns, but we wouldn’t invest in anything more expensive. And we would also be very cautious about investing in the development of a device that you can’t easily start producing with a LoRa module or an NB-IoT modem.

A lot of manufacturers are also trying to produce a communication module with Sigfox and any other technology, and they have managed to get the price down to under 5 dollars a piece (but you must buy a huge amount of such devices). That’s also a plus for Sigfox – the production is not tied to one single manufacturer, as it is with LoRaWAN, produced by Semtech. But, the developers are not taking these modules for granted. Because combining e.g. Sigfox and NB-IoT requires two different antennas, a contract with two different providers, and you’d still need to build the backend. So, let’s see what the future brings for Sigfox.