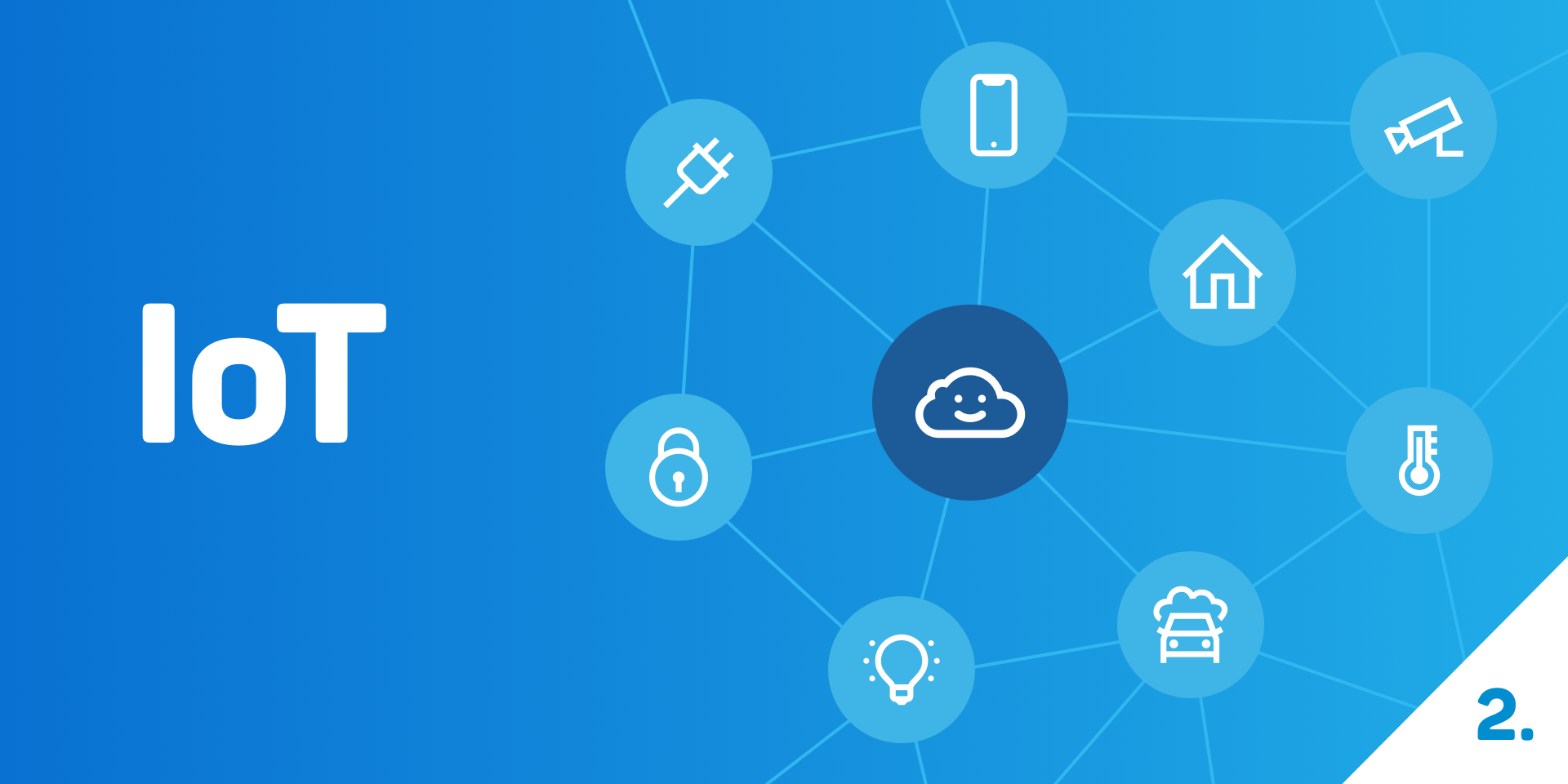 First, let’s take a look at a technology which was developed in the Czech Republic. Introduced to the world fifteen years ago, it uses radio frequency for communication. How does it work exactly and what are its pros and cons? How much does it all cost and what is its best use? And do you know what IQRF Alliance is?

The IQRF technology has been developed by MICRORISC since 2004. It’s incredible if you think about the fact that the first iPhone was not introduced until three years later. The most hyped phone at that time was the Motorola RAZR V3, and some of my colleagues were still in high school back then. 🙂

IQRF allows for communication on a free 868 MHz radio band, alternatively on 433 MHz and 915 MHz, depending on the local legislation of various countries. It can use up to 67 channels in this frequency with a 100 kHz bandwidth. The actual broadcasting has a speed of up to 20 kb/s, and the individual packets have a size of up to 64 bytes.

The speed, broadcasting band, and data volume limits for broadcasting are also, in general, similar for the other technologies that we’ll tackle. We have to understand that all technologies using the free 868 MHz radio band are limited to using the band for a maximum of fifteen minutes a day. That’s a max of 1% of the time with a power of up to 25 mW.

But the IQRF’s ecosystem is built in a way that it uses a gateway as the cornerstone of the communication. You can buy the gateway or build your own using e.g. the Raspberry Pi with a small radio module. You can connect up to 239 individual devices which broadcast on the same radio channel to the gateway. There are ways to connect more devices, but that would go outside of the scope of this article.

Similar to the Bluetooth Low Energy, the IQRF devices support the so-called mesh networking by default; meaning that it allows for interconnection of all devices. So basically, a device that is in range forwards the received message. This topology can, at the same time, resist interference and random obstacles. The only downside is its higher energy consumption.

An example of a suitable usage is when you have a lot of smart locks in a larger building, and you need to unlock them all at the same time, let’s say in case of a fire. And it’s also usable at longer distances when you want to e.g. monitor the condition of a railway embankment.

The proprietary patented IQMESH protocol with a Fast Response Command function allows each device to easily add a bit of its own information, e.g. one byte, when forwarding the information about temperature, lockout status, or other trivial variables. In this way, the gateway receives info from all devices (that were along the way) in one single broadcast. Bear in mind that the broadcast is usually the most expensive part of the whole operation of the device when it comes to energy. And that’s huge for projects that take place in larger buildings, which use the devices for measurement of a few quantities (usually thermometer and hygrometer, CO2 sensor, etc.).

An example of a suitable usage is in office buildings with smart locks and sensors, which we might have to install due to various possible changes in legislation in a few years.

The pros and cons of using IQRF

IQRF is not very useful for individual applications of “common” end users. There are several reasons for this, and the first is the purchase price. Even though the transmitting module can be purchased for a few hundred crowns, you have to account for the gateway cost, which is around a hundred dollars. The second reason is the configuration on site.

While some might say that pre-configured sets can be prepared (the gateway + several devices), the configuration is usually done by the supplier on site, where they can also check the whole system and make sure it’s running properly.

The pros can, for example, be the possibility of using an existing IQRF infrastructure of a different supplier, the configuration of several broadcasting channels according to local requirements etc.

What makes IQRF different from other technologies?

For Czech companies, the biggest difference is the possibility to join the IQRF Alliance. For an annual fee of around 1.000 €, the members get to crucial information, can easily cooperate with other members of the alliance, get better prices on modules, and when paying another 5.000 €, can directly influence the development of this technology by voting. Educational institutions and startups can become members for free.

The biggest benefit for members, similarly to other alliances, is the events, where the members can meet and find ideal partners for cooperation.

And for that you have to support the administration and marketing of the alliance.

If you are planning on storming the market with tens of thousands of new devices or you’re a system integrator, then you’ll benefit greatly from becoming a member of the alliance.

What are the costs of IQRF?

The actual manufacturing costs of IQRF are very similar to other LPWAN technologies that we’ll tackle. If you are an alliance member, you’ll save time and fees for technological certification, and that’s a huge plus.

Because when talking about IQRF, we talk about devices that are not intended for end users. You’ll also save on certificates (CE, FCC, etc.) that you usually need when you bring to market new devices for end users. We’re talking about saving thousands of dollars and easily two to three months of time.

And that’s not all – your clients will also save money! Because they don’t need to pay any additional fees for connectivity (besides the internet connection which they probably already have).

These huge cost reductions make IQRF one of the best candidates for industrial usage. The mentioned topology also makes it the ideal candidate for building and public lighting management, and for smart parking and other smart city applications.